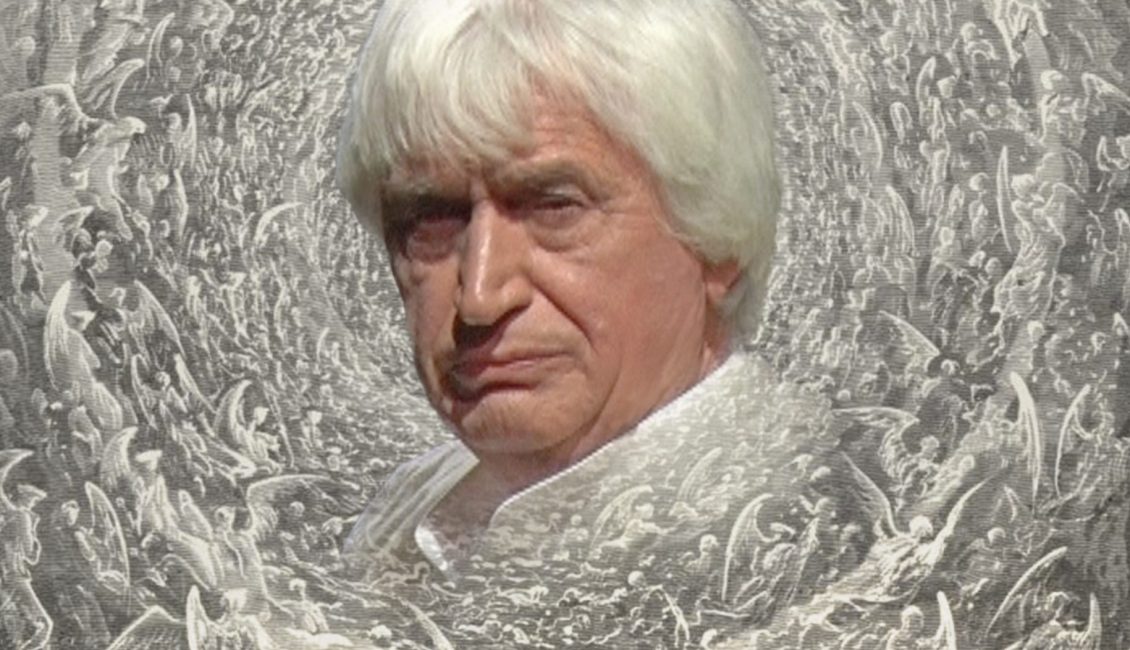 after Divina Comedieby Dante Alighieri (*made on the occasion of the 700th anniversary of Dante's death - 14 Sept. 1321)

Premiere date: 28 May 2021 at the Amza Pellea Hall of the "Marin Sorescu" National Theatre in Craiova

Inspired by the Divine Comedy, 700 years after it continues to fascinate lovers of literature around the world, Dante's Journey is an extraordinary recital by actor Emil Boroghina. The Poesis Theatre programme, supported by the Marin Sorescu National Theatre in Craiova and the Nottara Theatre, in partnership, is dedicated this year to the Year of Dante, bringing to the centre of our lives, for an hour and a quarter, the essential questions posed by the pandemic, the return to the self to which we have all been urged, forced, perhaps, by circumstances, to resort. Critic George Banu says: "In Emil Boroghina, what captivates is a cello-like sonority /.../: behind the verses we identify the subtly modulated discretion of a performer who exposes himself in all his humanity! The recital is also an emotional x-ray." So Dante Alighieri's wonderful text will be performed on the stage of the Nottara Theatre and the National Theatre of Craiova, in the form of poetry theatre, by actor Emil Boroghina.

„In essence, the Divine Comedy is nothing less than the marvellous poem of infinite love and the pain of the homeland. No one idolised his ungrateful but always adored homeland more than Dante Alighieri, a passionate singer of its magnificent beauties, which place it among the wonders of planet Earth, or of its glorious past history. No one has lamented her more deeply for her present misfortunes. This powerful voice of Italianness, added to the harmonious beauties of the poem, has made the Divine Comedy at once a national and universal poem.” – Alexandru Balaci

Excerpts from the chronicles: