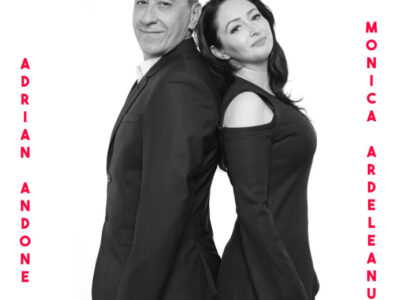 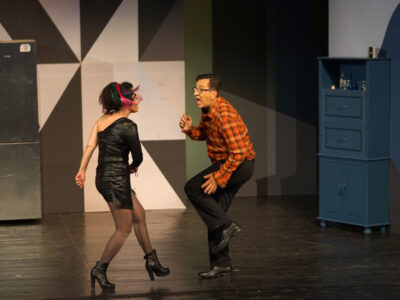 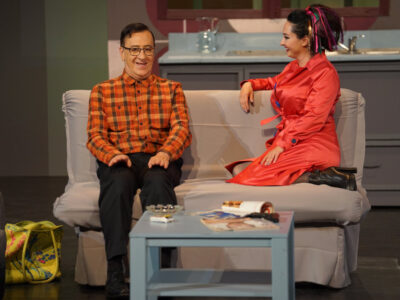 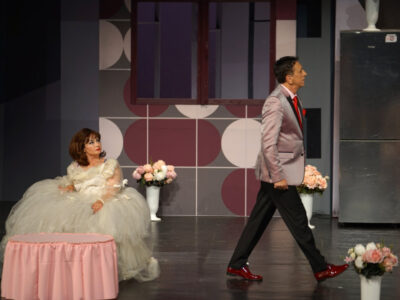 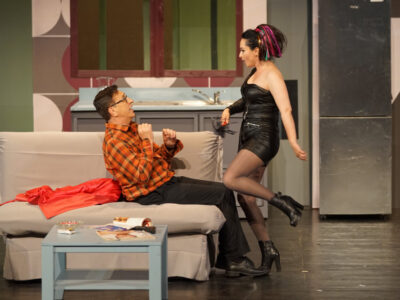 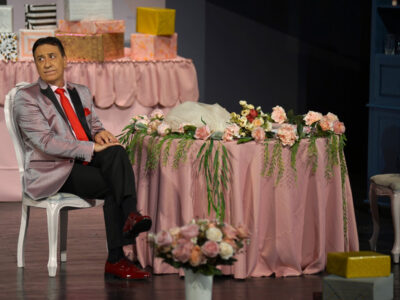 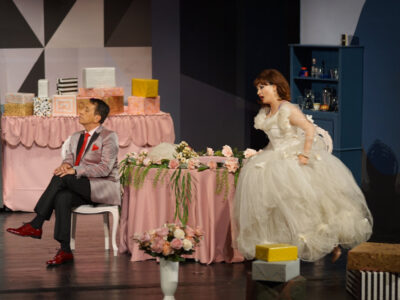 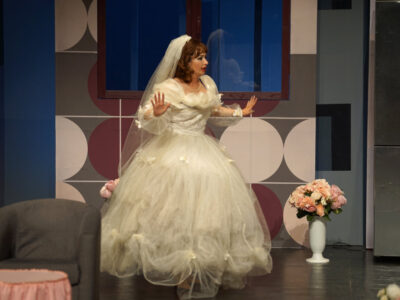 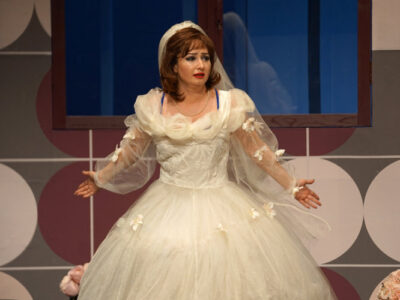 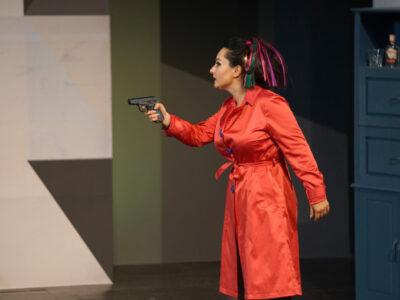 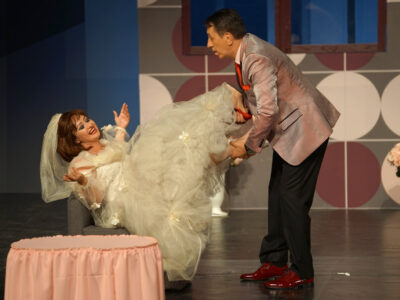 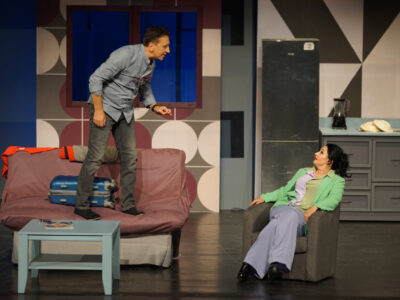 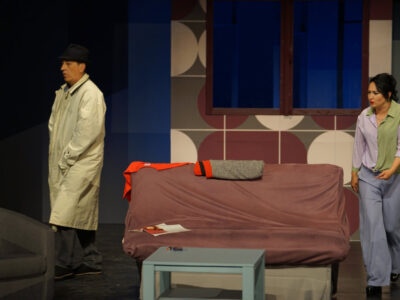 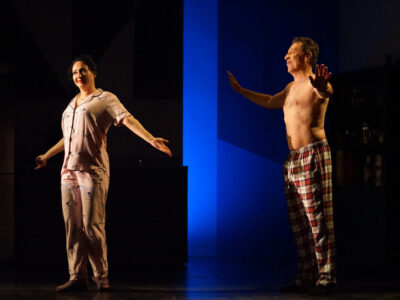 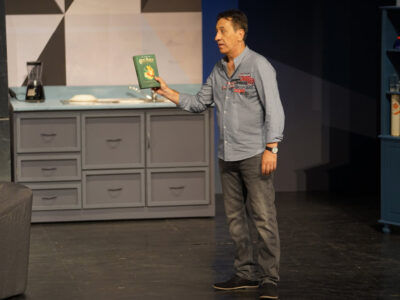 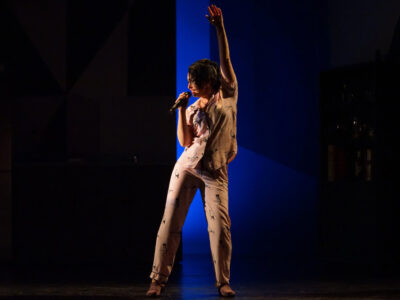 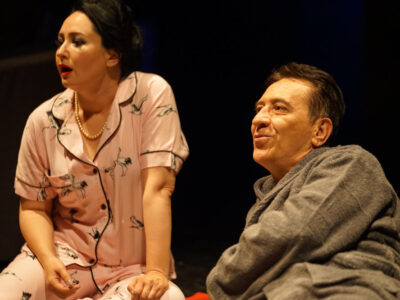 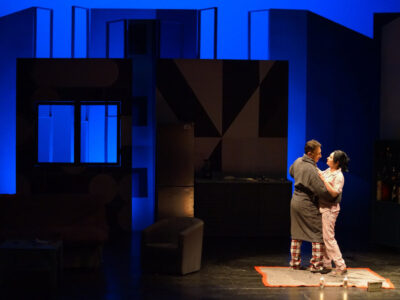 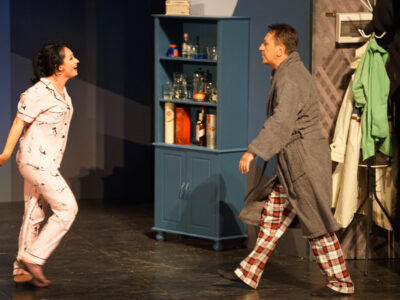 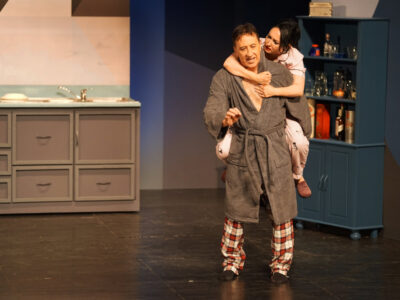 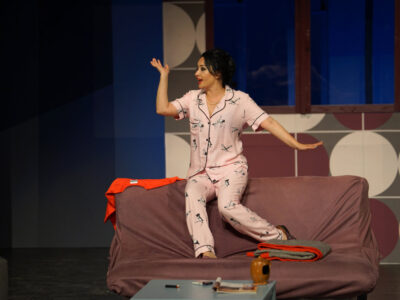 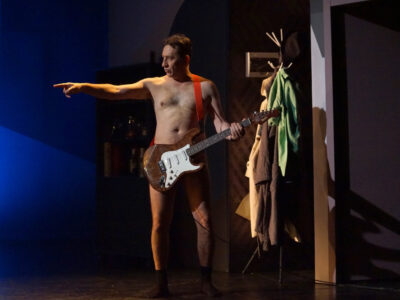 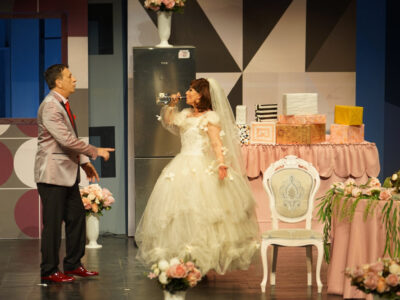 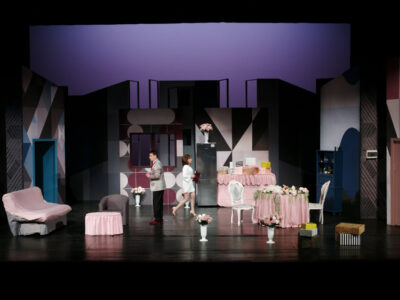 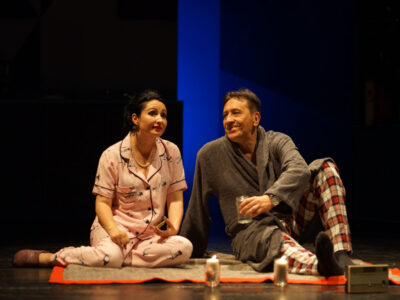 *The production is part of the project 6 short shows

In the first scene, Jonathan and Wendy go on a blind date and hope that at least this time things will go well. In the second scene, Angela is about to get married, and Toby, her lifelong boyfriend, teases her by wanting the best for her. In the last scene, Giuliana and Bobby, though still in love, decide to divorce, with all the twists and turns that come with that decision.

The author of this exceptional comedy is Peter Quilter, one of Britain's highly acclaimed playwrights, whose plays have been performed in major theatres around the world, from Broadway shows to performances on London stages.

,,Face to face" is a seemingly simple show, but very demanding and offering for the two actors who play with vitality, charm and humour the six characters of the play. A play full of fun, a funny rendering of love, of modern relationships in a performance full of humour.

"You come invigorated and exhilarated from out of the Face to Face, slightly amused by the three scenes you just left on the "plank". Monica Ardeleanu and Adrian Andone play out three tragi-comic situations that are familiar to us - and that's precisely why they become endearing from the first lines. Quilter's play is written in a way that doesn't allow unpleasant situations to become overwhelming for the audience. On the contrary, they are given that comedy-specific lightness that allows us to laugh in the face of difficult situations - and proves once again that laughter is therapeutic."

Peter Quilter's pieces have been produced in over 40 countries around the world and translated into 30 languages. He has had three successful shows in London's West End, great success on Broadway, and has twice been nominated for the Olivier Award for Best New Play and Best New Comedy.

His first international success was the comedy Glorios! - The true story of Florence Foster Jenkins, the world's worst singer. The play premiered at the Duchess Theatre in London's West End and has since been seen by over two million people in theatres on five continents.

His musical drama about Judy Garland, End of the Rainbow had its world premiere at the Sydney Opera House in Australia. The show sold out in London's West End before transferring to Broadway in 2012, where the production received three Tony Award nominations. In 2019, the play was adapted for the film JudyOscar-winning film starring Renée Zellweger.

Comedy Duets, with two actors, has been performed in 20 countries since its first production in Sydney. The popular French production (entitled Face a Face) was recently broadcast live on television in Paris and the show will soon premiere in Russia, Hungary, Sweden, Finland and Brazil.

His other plays include the drama 4000 Days, which has been produced in Prague, Hamburg, Aachen, Sao Paulo, Warsaw and the US since its London debut in 2016. Peter is also successful with several new comedies, Actress (Sofia National Theatre) Bestsellerwith 3 actors (which premiered at the International City Theatre in Los Angeles) and The Hill (which had its first productions in Prague and Poland in 2020).

Other works include the pop musical Boyband, which played a season in London's West End, Warsaw and Amsterdam and has been performed in Bratislava for over 10 years.

The latest play is the two-actor comedy Snowbound, which he wrote last year at his home in Spain during the pandemic. The show will premiere in several countries next season.