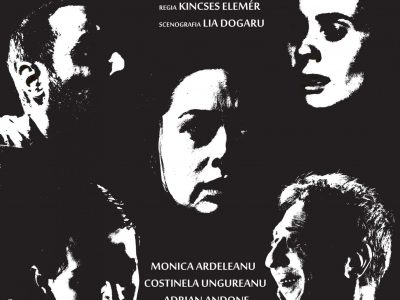 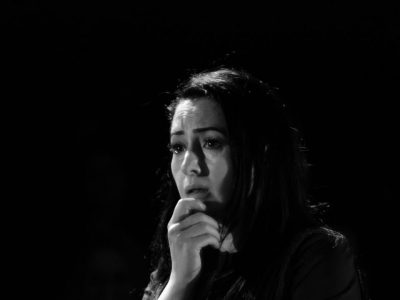 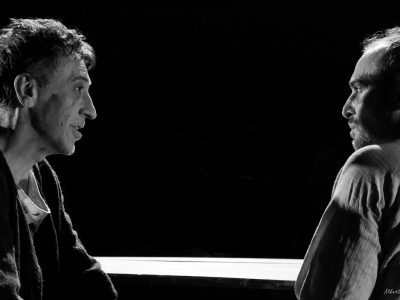 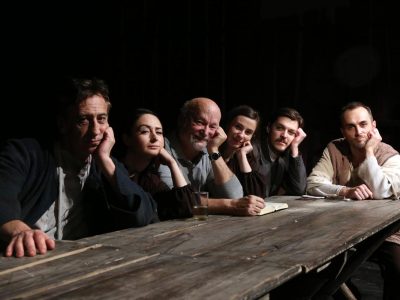 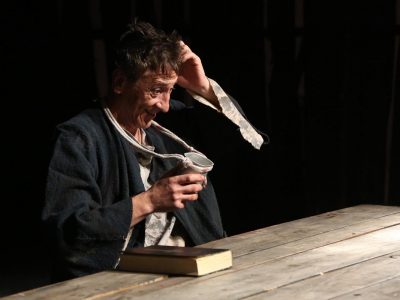 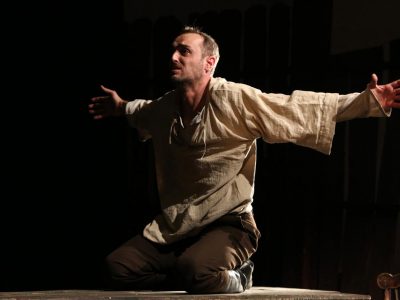 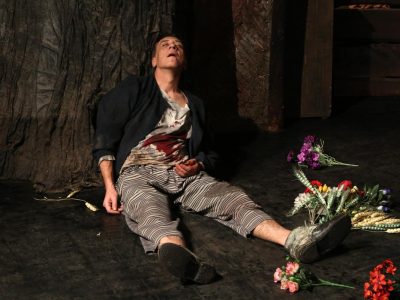 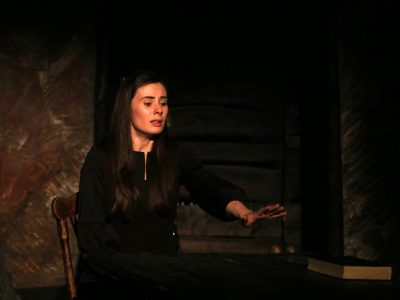 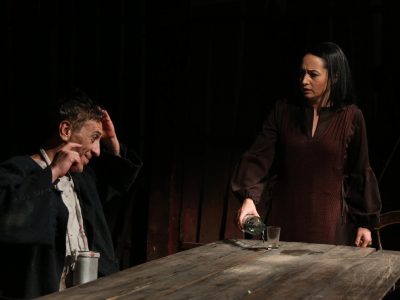 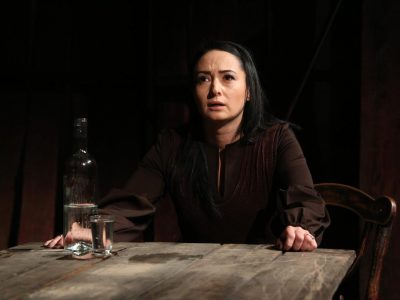 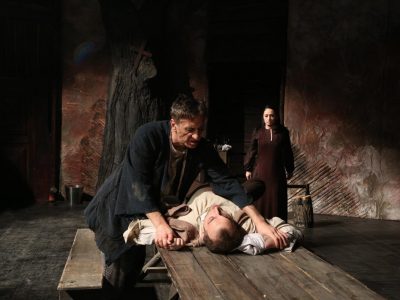 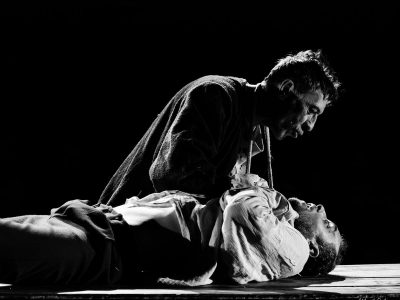 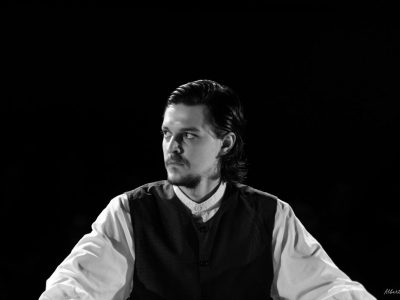 Genre of the show : Drama

The longest running show in the repertoire of the Marin Sorescu National Theatre celebrated 100 performances on Wednesday, 20 March 2013.

The triangle of death, with its obsession of implacable justice and immanent punishment - this is what makes the dense breath of this long-running TNC production still felt today, 19 years after its premiere, by an audience sensitive to the tragedy of the Caragian characters. Anca (Monica Ardeleanu, Costinela Ungureanu), Dragomir (Dragoș Măceșanu), Gheorghe (Cătălin Mihai-Miculeasa) and Ion the Shepherd (Adrian Andone) are the pawns of their own destiny, in which deceitful love, thirst for revenge and paroxysmal humiliation are the glue of a classic drama.

"The assumed fool is Ion and in this role Adrian Andone follows Valentin Mihali, a real challenge. Brilliantly solved. Adrian Andone makes a simple demonstration of different states with multiple effects. On the one hand, it makes one laugh, because, however, the man also laughs at the amusing manifestations, in fact, of a mentally affected fellow human being, doing it with serenity and without any malicious meaning... The passages from the mad man to the normal, sober, conscientious man who resists violence, and then returns to the subhuman form in which the unfortunate conjuncture of his fellow human beings has brought him, are excellent in their simplicity.

In a way, this happy accident of the long life of a show, requiring a change of cast to take it forward, has a double significance. First in terms of the ephemerality of theatre art. The ephemerality of the emotion of a performance but also the ephemerality of the play on stage. Actors live their lives in so many incarnations and now the audience can see how some leave and others come. They were Natașa Raab, Valentin Mihali, Constantin Cicort, Tudorel Petrescu, and from now on they remain in the memory of those who saw them, they remain in the chronicles and as immortalized by a film. Natasha Raab's voice remains in the show through the final song."