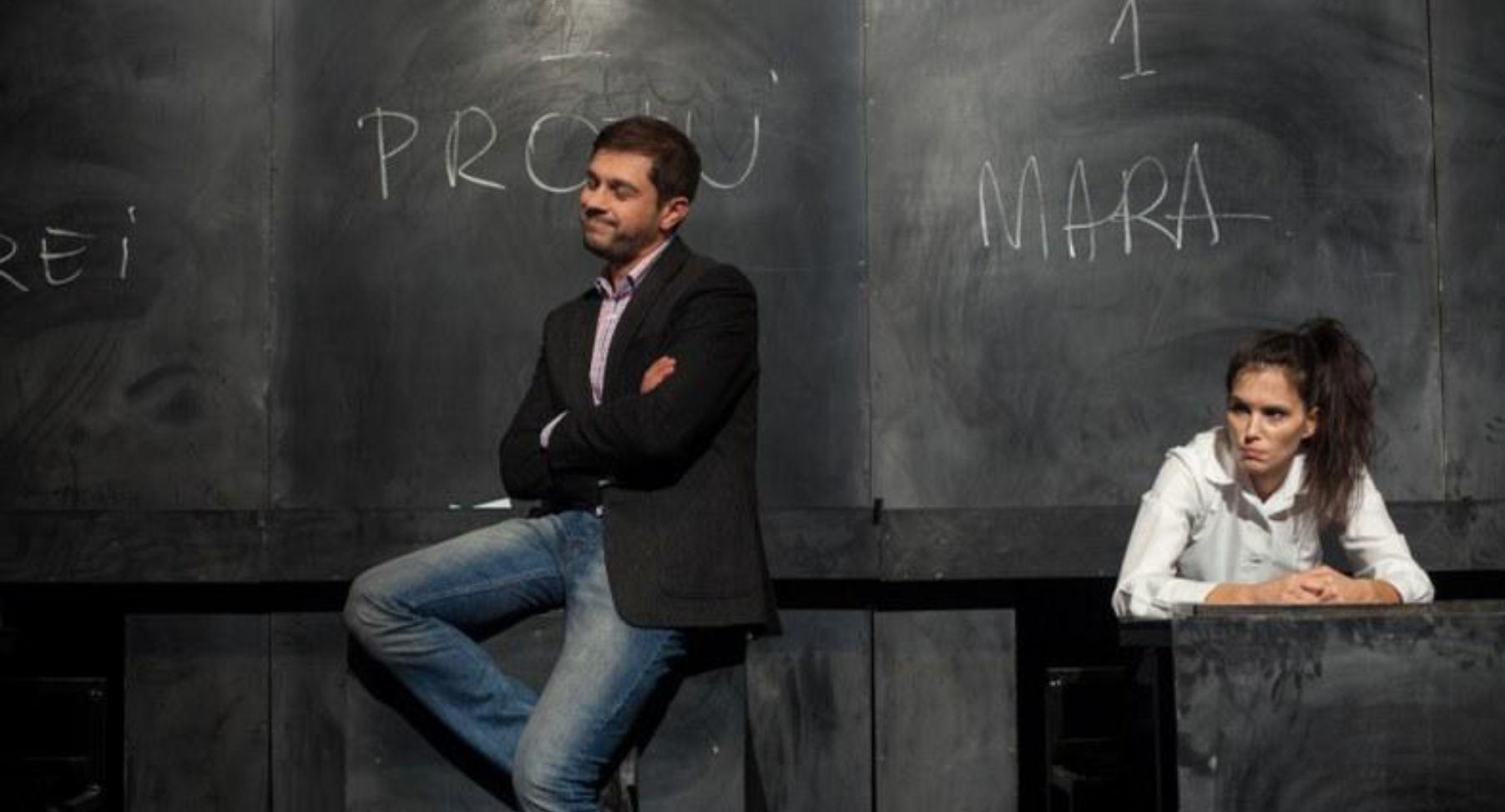 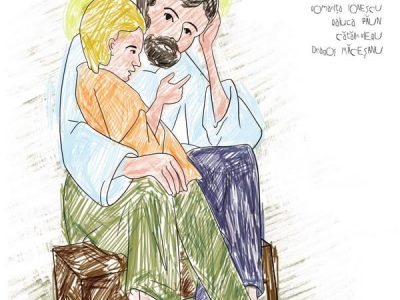 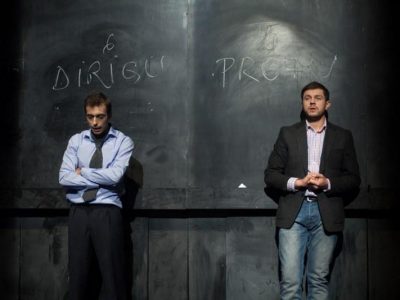 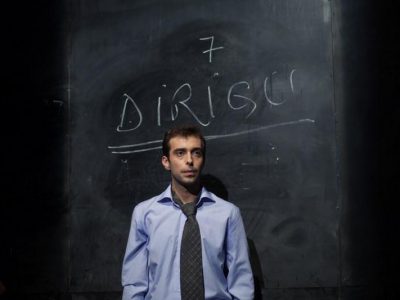 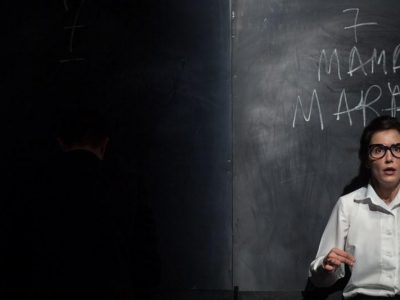 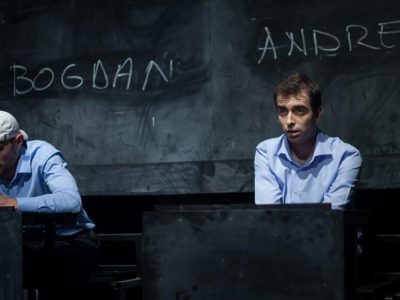 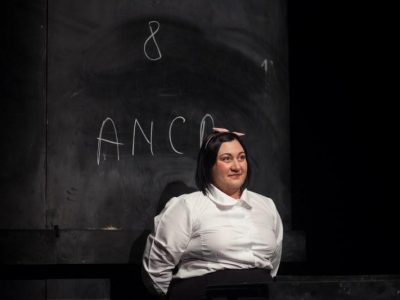 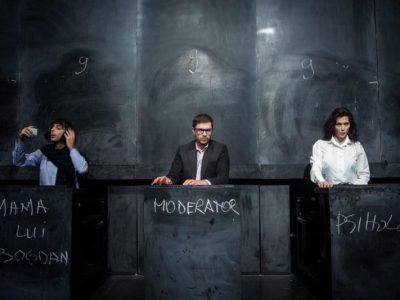 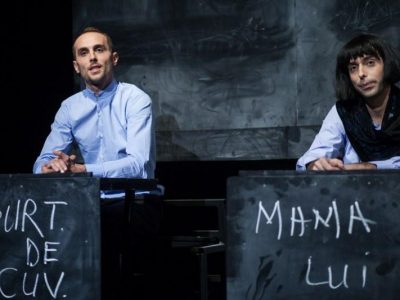 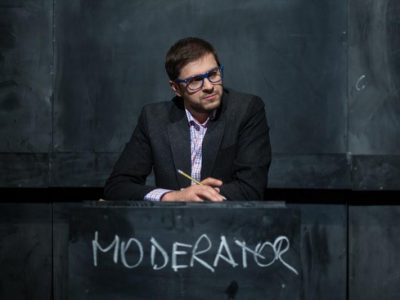 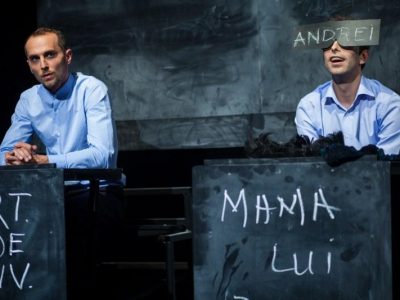 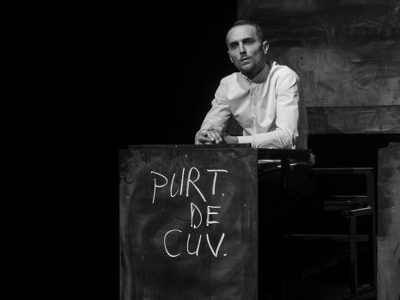 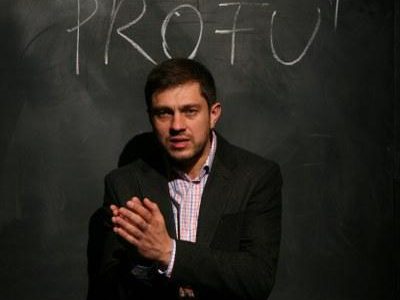 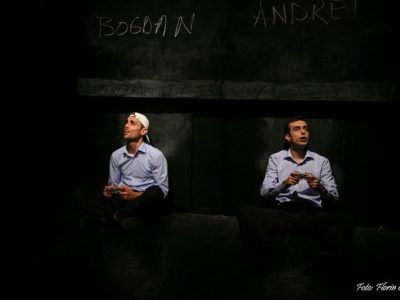 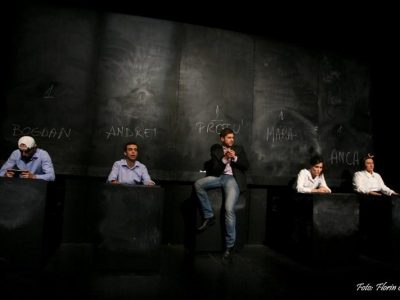 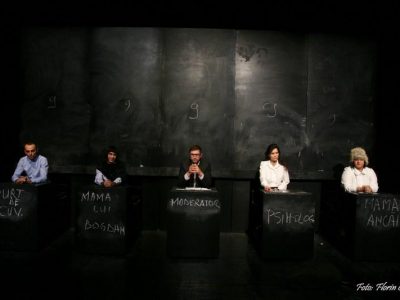 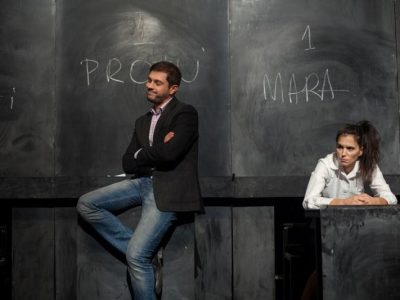 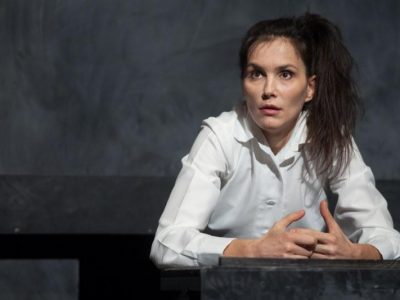 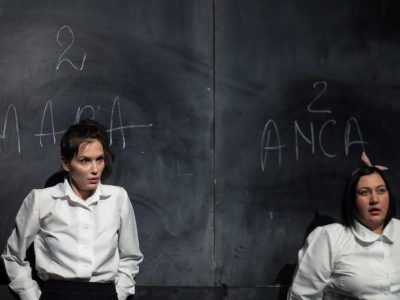 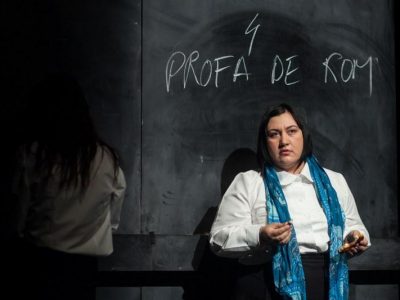 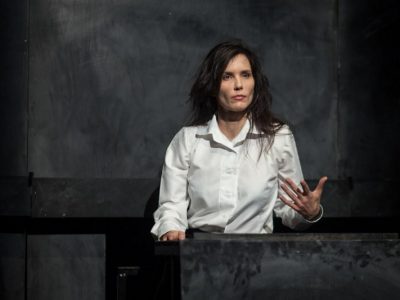 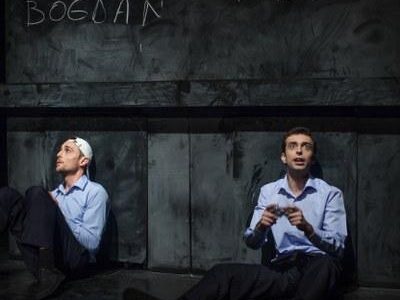 Genre of the show: Comedy

The show "Professor of Religion" deals with the way truth can be interpreted and manipulated in various ways so that its meaning becomes relative. Belief in a single truth breaks into dozens of pieces. In religion class, the teacher asks the students to say what the definition of truth is; this starts a real dispute and controversy. One of the students, Mara, with an imagination above the class average, argues that truth is relative and that everyone has their own truth. After religion class, when Mara couldn't get her point across, she convinces one of her classmates, Anca, that the religion teacher had touched her on the knee in an inappropriate way. It's a child's way of taking revenge on authority, hovering between personal fantasy and mystified reality. Anca didn't see what happened or what didn't happen, but she allows herself to be persuaded and even manipulated by Mara into retelling the facts to the class teacher. The children's families add to the confusion, and the media, in their desire to give the actual event a degree of veracity, will cause further disturbance and confusion. The adult reaction negatively enhances children's confusion in a world where truth and lies undermine each other. It is the war of all against all.

"The Mihailov-Bobi Pricop tandem has had a great success at the National Theatre in Craiova, where the show "Professor of Religion" had its premiere. The idea of the play belongs to playwright Mihaela Michailov and is important not only as a philosophical issue (what is truth?), but especially in the context of repeated conflicts between the truth preached by educators (school, church, family) and the reality of school life. (...) Following the course of a well-calibrated crescendo, the performance convincingly suggests the jamming of truth in a society unsure of the principles it preaches, which weakens the human condition. It does so with a well-controlled, off-handed sense of morality... mischief."

"Bobi Pricop also has another rare directorial quality, that of using the actor as the main means to support the directorial vision. He worked admirably with actors. Each of them has several types to mark, under the condition of transforming themselves in front of the audience with the help of costume accessories, and they do it flawlessly. (...) The professional mastery of these actors is fully demonstrated by the way they credibly define human profiles in our reality. "Professor of Religion" , a bitter comedy, is a "real theatre" show, about the "truth" of our reality, performed by an excellent team, aware of the purpose of theatre in relation to current events and today's audience."

"Bobi Pricop constantly maintains a frenetic pace of action, at first through the news presented with fun by Marian Politic, then building a veritable whirlwind of media circus around the "case" of sexual corruption. There's no time-out, the audience is kept breathless and the actors are perfectly connected and impeccable in the multiple roles they each have to play. Marian Politic goes from the calm, intelligent, philosophical teacher to a voracious moderator, Dragoș Măceșanu from a pubescent kid, fond of electronic games, to a spokesman with all the clichés in his vocabulary and to an envious, insidious and insinuating sports teacher, and Cătălin Vieru also changes registers, from the good, shy pupil (...) to the role of Andrei's mother or the headmaster who investigates honestly, objectively. Romanița Ionescu gives a high-level performance in all the parts (...) Raluca Păun arouses prolonged roars, taking the parody to paroxysm. (...) Is the truth in the textbooks or in the small-screen mixer, from which assumptions, speculations and inflammatory phone calls pour out deafeningly?"

Actress Romanița Ionescu has been nominated for the 2014 UNITER Award for Best Actress in a Supporting Role, for the roles Mara, Marei's mother, Psychologist, TV Presenter