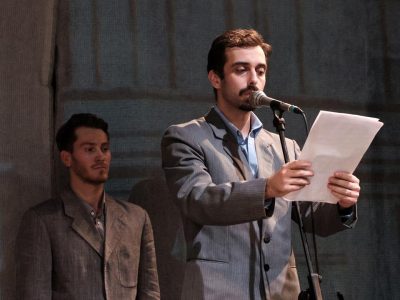 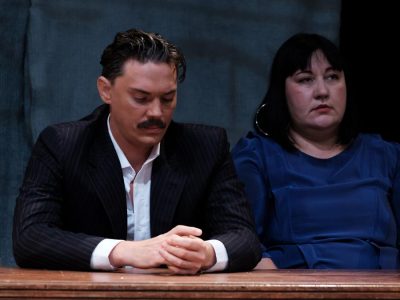 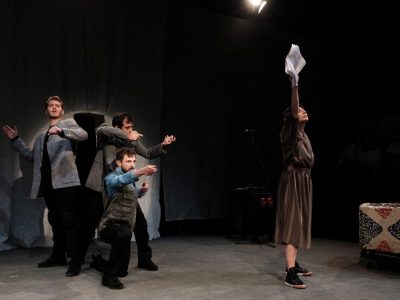 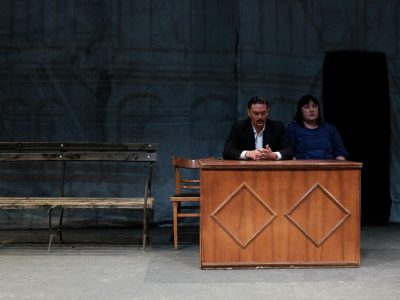 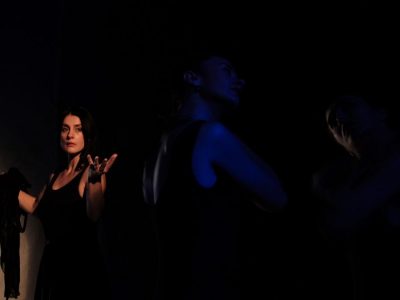 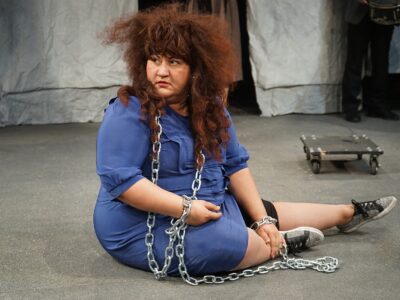 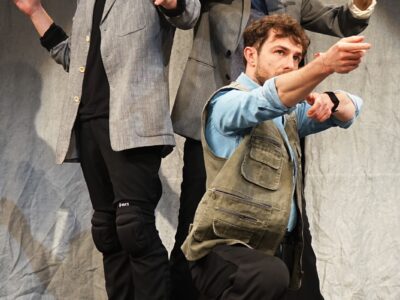 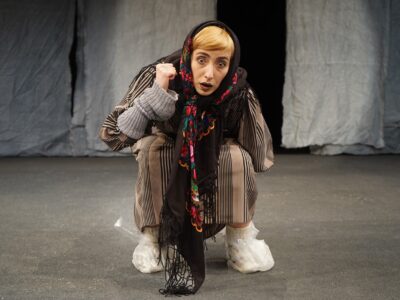 On May 9, 2018 in all schools in Bistrița Năsăud county - urban and rural - a festive event will take place between 10.50 and 11.10 in the morning - the Festive Careul to celebrate the 100th anniversary of the death of the national poet George Coșbuc, a native of the county. The School Inspectorate's directive for the organisation of the event is accompanied by a detailed script, no less than twelve pages long, proposed as a suggestion, but with the obligation to carry it out at half-time. Between 10.50 and 11.10 in the morning. At half-time. RETROELECTRO is the tragi-comedy of a community under pressure of authority and fear, in the context of the nationalist-extremist "tendencies" that increasingly pervade Europe today, on Europe Day itself.

"(Quality) humor is hard to build. (...) Alex Calangiu is a perfect illustration of the bad-taste spilcuit who is elbowing his way to the top by any means. He's the man of the party. Today's party man. With an exemplary speech for populism, with normal examples, with common sense things and a lot of demagogy in an amalgam aimed only at a status-quo that ensures his position as a beneficiary of the regime. The humour is successful. The fake depicting this schoolyard well describes the fake of our Europeanization here and there."