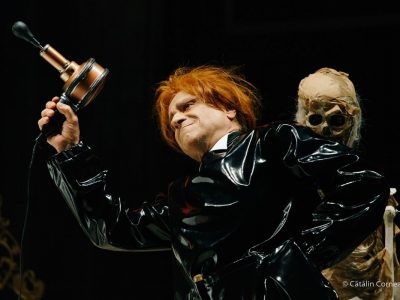 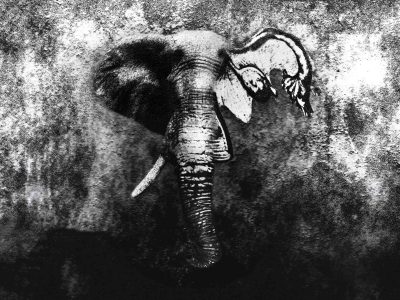 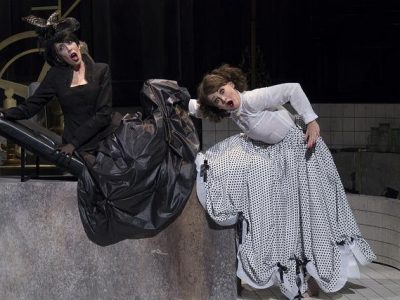 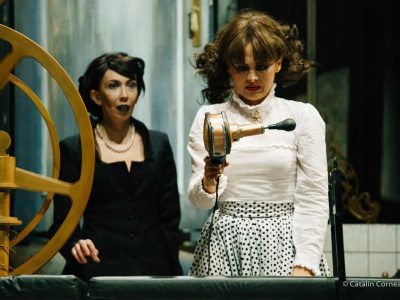 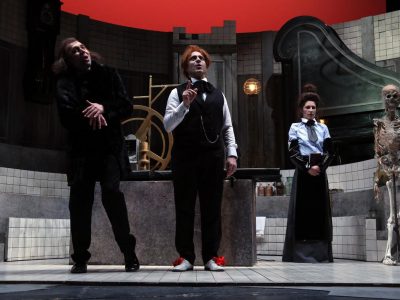 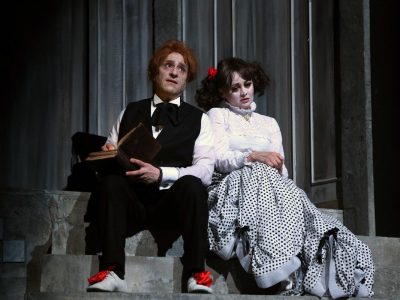 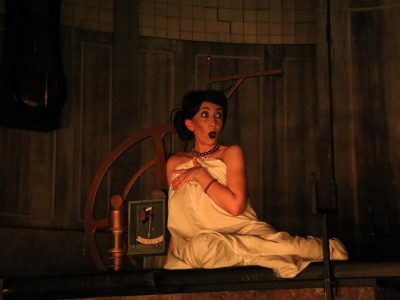 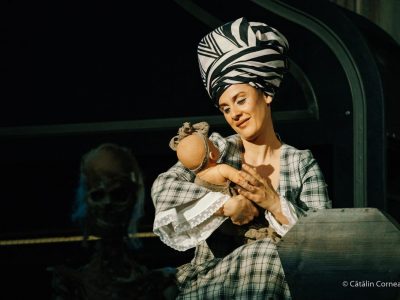 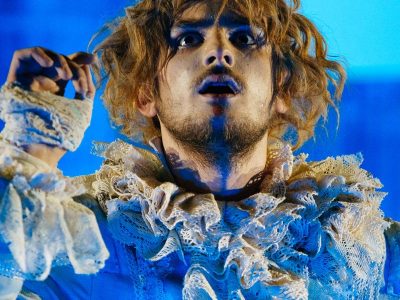 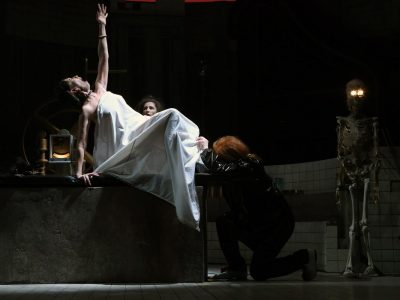 Genre of the show: Dark Comedy

**show not open to the public under 18 years of age

"It is to the credit of director Dragoș Alexandru Mușoiu to have transformed this modest play into a brilliant performance. He had the remarkable idea of betting on the polyphony of voices. He has constructed memorable scenes, like the one in which all the characters come alive to the melody of Mozart's March alla turca. His most original intervention was to abolish the difference between painting and model. The character Leo, after his rectal massage, regains his desire to paint and takes the telluric black woman Elizabeth as his model. He paints her as a Madonna, but not on canvas, but on her body, which he holds in his arms as if it were his own painting. And the fact that the negress is not black, but painted black, is an interesting one, reminiscent of Chris Ofili's famous Madonna, which caused a scandal by being painted partly with elephant dung. It's a mystery how a piece with no scale can be the pretext for an over-the-top performance. Let's not try to understand, but to enjoy."

The cast is a great support for this exciting show in every way. Claudiu Beonț as the doctor, a sort of museum-pumped Faust, cleverly juggles the reality and fantasy of his condition, creating a character whose butaphoria is effectively exposed in the finale when he demonstratively removes his wig to throw himself naked into his wife's arms. Cerasela Iosifescu adopts an affected behaviour (she moves and speaks like a puppet), a sign that the doctor's wife is the first to suffer the effects of her altered condition as a woman. The actress achieves a beautiful creation here. To the other characters, the director assigns caricature masks that the performers personalize through their demonstrated ability to animate puppets on stage, as in the case of Julia Lazăr-Bleonț, the lady in love with the vibrator, and the young man with youthful charm, Vlad Udrescu, a picturesque figure as an imaginary painter disputed by the sentimentally amputated women. Ramona Drăgulescu also makes a reference appearance in the speechless role of the nurse, Angel Rababoc plays an inconsistent salonard character from an emphatic attitude, Alina Mangra, the doctor's strange assistant who contributes to the derision of the "scientific" procedure (minus the frequency and realistic exaggerations of the use of the vibrator)."

Dragoș Alexandru Mușoiu has the merit of having addressed a challenge to the audience in Banie, introducing them to a bolder, more non-conformist text by a young theatre writer. Who, according to her own confession, reproduced in the playbill of the performance (written by Nicolae Coande), was inspired in the writing of In the Next Room or The Vibrator Play by events that took place in the 19th century. Dragoș- Alexandru Mușoiu's second considerable merit is to have put together what is called a flawless cast. Or close to it. The performances of Cerasela Iosifescu (Mrs. Givings), whom I find again in great form, Claudiu Bleonț (Mr. Givings) more disciplined and more applied to the role than ever in recent years, Iulia Lazăr (remarkable, first of all, by mimicry, with science in Mrs. Daldry), Angel Rababoc (commendable by the superrateratrality of the composition of the role of Mr. Daldry), Vlad Udrescu (expansive, devourer of spaces in Leo), Ramona Drăgulescu (Elizabeth) and Alina Mangra (Annie). Finally, I can't help but notice the credit that the new management of the Marin Sorescu National Theatre in Craiova (general director - Alexandru Boureanu, artistic director - Vlad Drăgulescu) gives to young directors. This season alone we have seen three productions here that deserve attention, by Alexandru Istudor (The Other Country), Andrei Măjeri (The Bloody Wedding) and now Dragoș-Alexandru Mușoiu. To more!

"The young - and promising, it must be said - director has cleverly employed various comic devices in his show, which has a notable unity despite the multiple mannerisms or meanings addressed. There are throughout the performance elements/moments of ostentatious theatricality, others of absurd mechanicism, melodrama etc... In the Next Room is a well-made show, beyond its minor flaws - all correctable. A raunchy comedy with a savoury subject matter, underneath which hides a little drama. A winning bet for Dragoș Mușoiu and a new opportunity for acting virtuosity for the actors from Craiova."

Claudiu Groza, From the dawn of feminism: a story about femininity, Tribuna, 1-15 April 2017

"Just as Sarah Ruhl has taken on a subject that is still taboo, Dragoș Mușoiu has the merit of installing the naturalness of orgasm in a performance that includes the audience in the story. It is fascinating how an immersion in the late 19th century is perceived as a public acknowledgement of a truth that, officially, no one dared to assume...

Claudiu Bleonț is very convincing when he reproaches himself for mixing up plans. On the other hand, the story of the Givings family, a recipe for success in the performance of the two great actors, brings another layer of the play's ideas to the fore: how do we choose our couples in life? Cerasela Iosifescu, with the most homogeneous, in altitude, acting in the show, gives a perfect portrayal of the spouses and underlines the above question."

Marius Dobrin, The unfinished lines of human threads, SpectActor, no. 1/2017