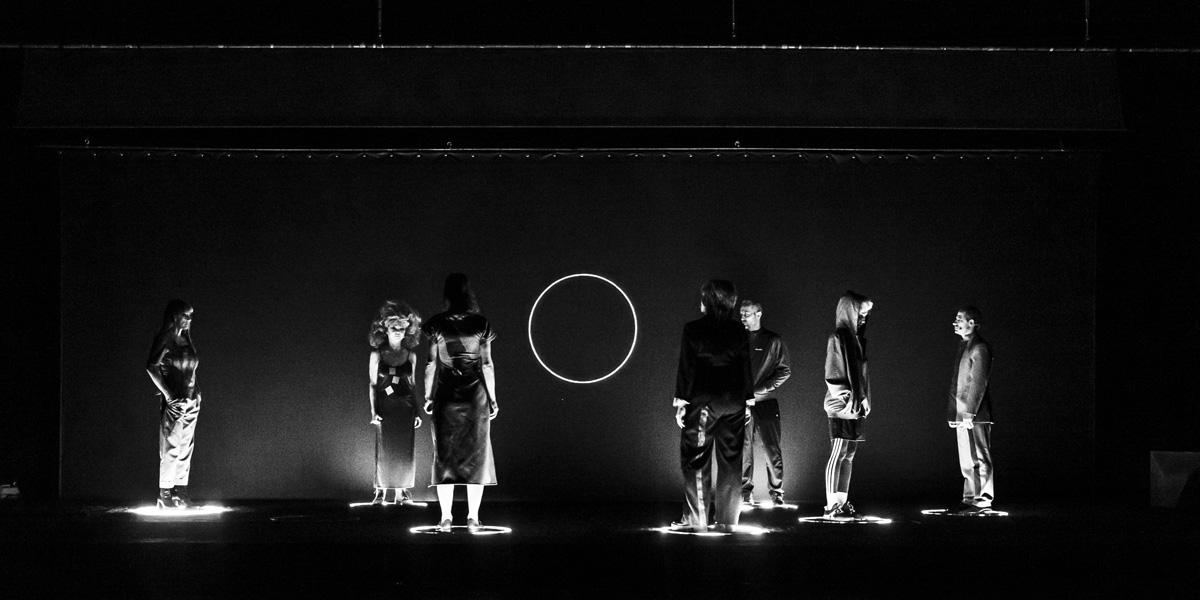 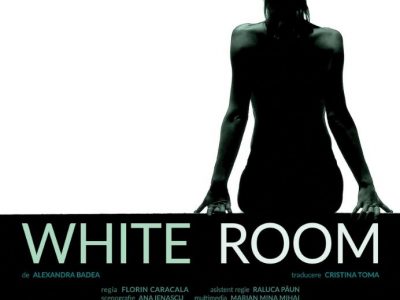 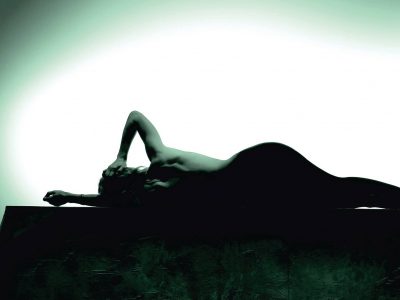 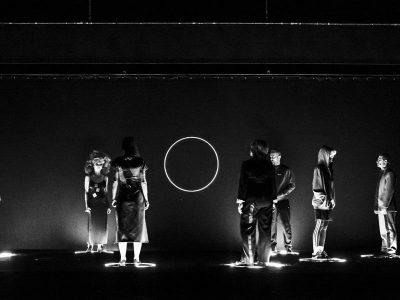 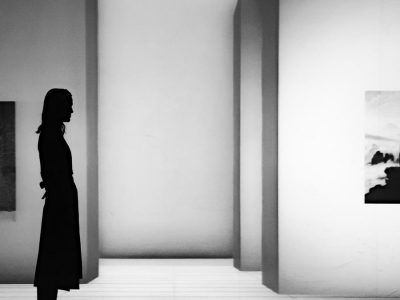 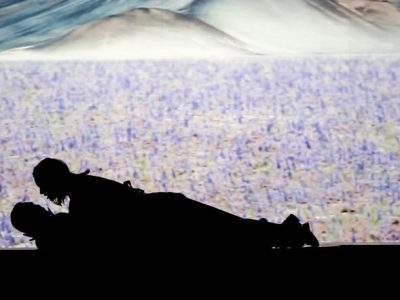 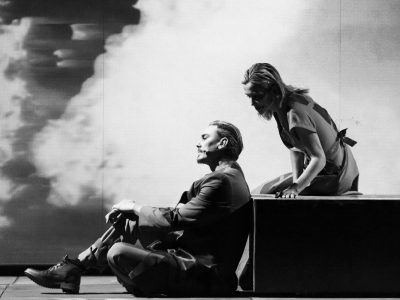 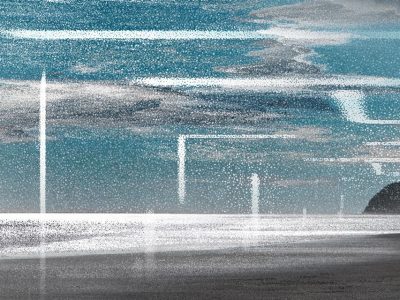 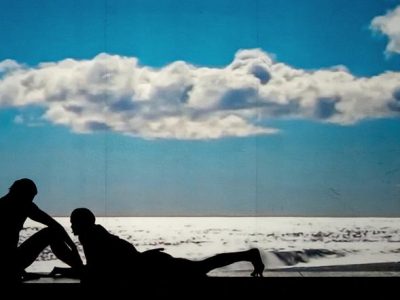 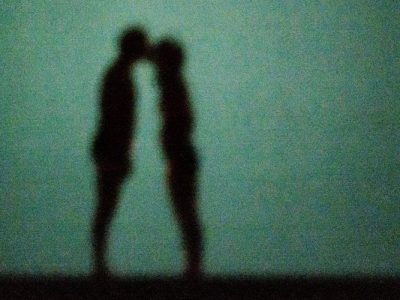 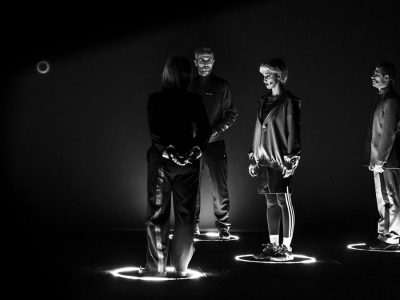 Genre of the show: Dramă

The daring visual, pictorial performance imagined by Florin Caracala is an essay about the dystopian reality created by the conglomeration of two realities, different in substance and manifestation, of the individual: the immediate and the virtual.

In a world where contemporary man needs to escape from immediate reality to dream, virtual reality offers the most suitable refuge to do so. Those captivated by this space of refuge are the victims of unfulfilled desires outside, an outside that cannot be found here, in the splendid isolation to which they are subjected.The show is a poetic radiography of a society that is faced with one of the greatest problems of man today: loneliness.

White room is a play written in 2016 by Alexandra Badea for students at the Saint-Etienne Theatre School in France, where she has been based for over ten years and where she has published 15 plays written in French, directed by herself and other directors. White room is translated into Romanian by the actress Cristina Toma, was presented as a play-reading at the Sibiu International Theatre Festival and is included in the "Anthology of FITS 2018 play-readings". We quote from the short presentation in that volume : "White room proposes a network experience that offers a double life, through long-term videoconferencing. In White room there are no avatars. You are your own avatar and you have to live your experience in your natural environment(...) The rule is simple: you never meet outside this setting, the web room. This double life can manifest itself in different ways, through romantic relationships, family relationships, fictional work relationships."

"I saw Black Mirror in a White Room. TNC's newest product is also one of its boldest. (...)Presented as a performance-installation, the staging is underpinned by complex technical solutions necessary to support the play's intrinsic message: virtual reality as an integral part of the life of the contemporary, technology-dependent individual. Characters escaping from everyday life into a virtual reality program, trying to forget, to dream, to find something or someone. (...) It is not only the general theme that brings White Room closer to the TV series Black Mirror, but also the whole atmosphere created, a mixture of anguish, dreaming and concreteness, between the unbearable truth of everyday life and the refuge in the comfortable lie of the virtual.

"The media extend the fictional space beyond the stage and the way Florin Caracala handles them in the opening sequences of the show constitutes a double media exposure: as a rendering-recording of reality: the introduction of "players", unprocessed images, actors in real space, banal cameras versus media as an artistic tool: emotions, feelings are reactivated in a maximum experience, between utopia and dystopia is the white room, an intensely poetic image, in chiaroscuro, the meeting between Yunis and Alice is taken as if from an art film. (...) Here Alice is not "slipping" into a tunnel leading to Wonderland, but a journey in search of her avatar-peer, the elusive Yunis, who is not looking for anything, but wants to "simply forget". Romanița Ionescu has just the right amount of misery, longing and self-deception that Alice needs in her "misadventures". Alex Calangiu as Yunis conveys detachment, undisguised disinterest in his virtual partners, and it is this very indifference that makes him irresistible in Alice's eyes. He is a loner, traversing the urban hell he discovers in the "white room" a space of controlled interaction. (...)

Throughout the performance there are short "interruptions", satisfaction questionnaires that dryly measure the level of happiness/meaning of life/sexual life, Alexandra Badea's text and the directorial proposal offered by Florin Caracala are such a test/questionnaire that forces the audience to rethink their relationship with theatre, with the theatricality of their own lives always filtered and edited."

"White Room is more like a good essay that, through references in the text, footnotes and directorial cues, opens windows of interest to related topics. Florin Caracala puts his approach under a motto, from Walter Russell Mead, that defines heterotopia (...) A key element in the performance is the way the lines are spoken: mostly towards a whisper, with a warm, quasi-uniform tone. On the one hand it matches the initialism of the White Room, on the other it avoids any variation that has to do with the dynamics of feelings, with the invoked heterotopia, with chance in the end."

Marius Dobrin, Beautiful (play) without a body, SpectActor magazine no. 1/2019

"What is the White Room? Maybe a run from the color to the aisle. The corridor where things regain consistency (be it ethereal), reality. But the corridor doesn't exist. There is the illusion of it, an impeccable digital construct, a fascinating hologram that you watch as long as you let yourself get caught in the spider's web made of individual stories - the networking of the online web - that drift apart, collide, intersect, dance, rub against each other, sometimes with eroticism (as in certain sequences between Friedlise - Gabriela Baciu and Heloa - Ramona Drăgulescu), sometimes with missed tenderness (as in the interaction between Alice and the unavailable Yunis - Alex Calangiu). "

*the students of the Department of Arts / Univ. of Craiova / promotion 2017 - 2020 participated in the filmed sequences