The festival Theater Networking Talents (TNT) is a meeting and dialogue platform for all creators in the performing arts, focusing primarily on theatre directors who graduated last year. Recent graduates of university directing programmes from Romania and abroad are invited to Craiova to present their degree/dissertation shows and to get in touch with the professional theatre environment. TNT is a meeting place for young directors not only with future colleagues and collaborators, but also with theatre managers, artistic directors, independent producers and festival programmers.

Purpose of the activity

THEATER NETWORKING TALENTS (T.N.T) has an educational, cultural and social purpose, being a festival dedicated to young theatre directors, whose undergraduate or dissertation productions can be seen by the student community and beyond.

The general objective of the project is to create a meeting and dialogue platform for young creators in the field of performing arts, focusing primarily on theatre directors graduating this year, by designing and creating an online multimedia platform and organizing a theatre festival dedicated to the directors of the class of 2020 from Romania and Europe.

The 4th edition of the Festival of Young Directors - Theater Networking Talents - (TNT), will take place in Craiova between 5 and 9 July. The event is organized by the "Marin Sorescu" National Theatre of Craiova and the Arts and Media Department of the University of Craiova, with the support of partners: the "Traian Demetrescu" House of Culture and UNITER.

After two years in which the epidemiological situation made it impossible to organize the festival, this marathon edition will bring together a selection of the best productions of Romanian directors who graduated from the faculty in the promotions 2020/2021/2022 (license and master). Fourteen shows of graduates from Bucharest, Cluj-Napoca and Târgu-Mureș are invited, productions based on classic, contemporary or even devised texts.

Many of them have already been taken over or produced by theater companies such as #Reactor of creation and experiment Cluj-Napoca, Dramatic Theater „Ion D. Sîrbu” Petroșani, Theater for children and youth “Luceafărul” Iași, Municipal Theater „Matei Vișniec” Suceava , Constanța State Theater or L.S. Municipal Theater Bulandra, Bucharest.

The performances will be presented in a showcase in front of the Craiova audience, theater managers, independent producers or guest festival selectors from all over the country, as well as other artists, future guild colleagues.

Along with the 14 performances of the directors in the showcase, the program Theater Networking Talents (TNT) includes numerous activities dedicated to both artists in all fields of performing arts and the general public: debates (moderated by Iulia Popovici ), installations, short films by film graduates (selected by Andrei Rus ) and the closing concert (supported by Valeria Stoica) .

TNT continues the partnership with the Goethe Institut, through the workshops of the international program New Stages Southeast , in which young playwrights and directors will continue working on projects started in Craiova last autumn, under the guidance of mentors Rebekka Kricheldorf and Theodor Cristian Popescu.

For the events within TNT, the entrance is free, within the available places, based on the reservations made at the Ticket Agency of the “Marin Sorescu” National Theater. Event Facebook page: https://www.facebook.com/theaternetworking

How do we prepare for a new world?

a show produced by the Constanta State Theatre

a performance produced by the Municipal Theatre "Matei Vișniec" Suceava

selected by Andrei Rus, followed by discussions with directors

Growing up under a bitter cherry tree, Directed by: Agata Olteanu

Elephant away , directed by Teona Galgoțiu

Who is the author? Director-playwright collaboration in a director's theatre 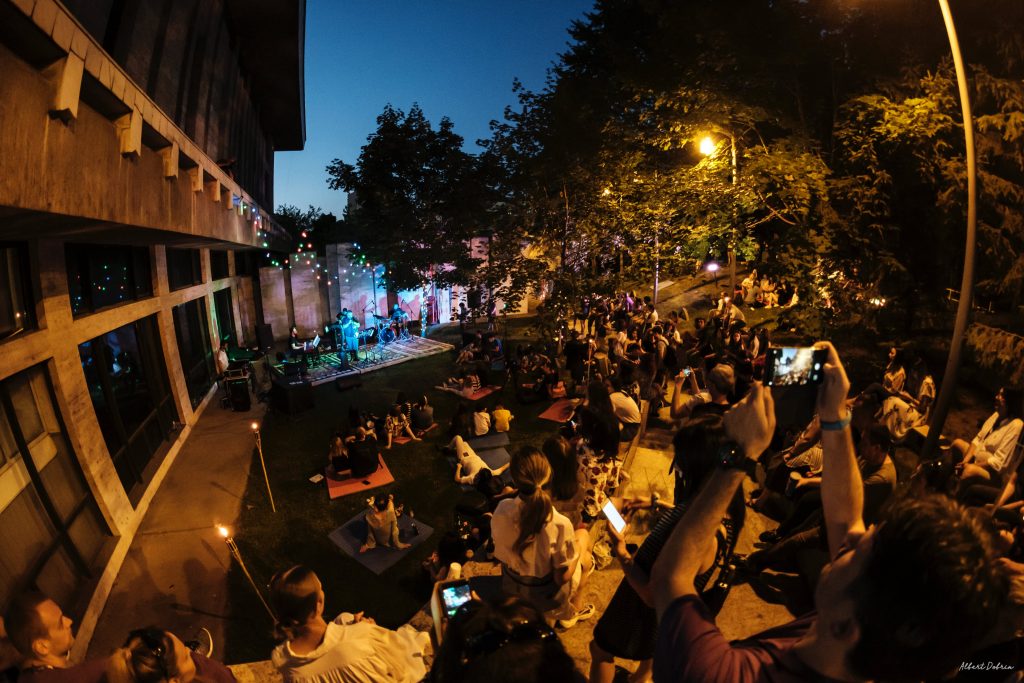